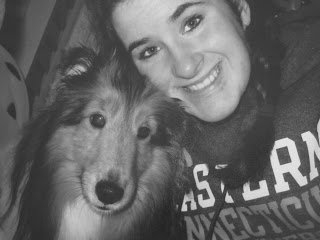 On Tuesday, April 3rd, I had to say goodbye to a dear friend.  That dear friend was my 11 year old sweet girl Sparkle.  In July, Sparkle would be turning 12 years old.  She has been in more than half of my life.  Waking up every morning not being greeted by her laying by my bedroom door with her tail wagging is just strange.  My heart breaks not being able to pet her every morning and say "Good Morning baby girl!" I miss seeing her soaking up the sun that's gleaming on the carpet by the front door.

Sparkle was special.  She was kind, gentle, sweet soul.  In many ways she reminded me of a person.  She was a smart dog.  She kept quiet, and only barked when people would enter the house or she heard a strange noise.  Sparkle had many funny and silly habits about her.  She would bark when the refrigerator door was open in anticipation of the beeping noise.  I remember Duracell (or a different battery company) came out with a commercial where a house fire alarm would beep.  Sparkle would always let out a little bark during the commercial. 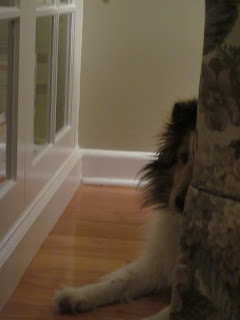 Sparkle loved to play hide and seek.  This is one of the last pictures I took of her, and it instantly brings a smile to my face.  She would always half hide behind furniture or under a table.  She didn't do this because she was scared, she just had little places she loved to hide under.  For example in this picture, she was half hiding behind the couch. 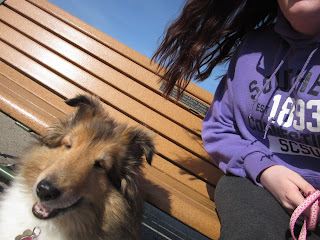 We loved going for walks on the beach.  The last time I went to the beach with her I recorded a vlog (not uploaded yet)  I had no idea that would be the last time we would stroll on the beach together.  I remember a woman came up to me with her puppy poodle named Lucy.  Lucy was very outgoing but Sparkle has always been shy.  The woman complimented me on how beautiful she was.  She was shocked when she found out that she was 11 years old.  I've always joked that Sparkle's water bowl was the fountain of youth because she aged so gracefully. 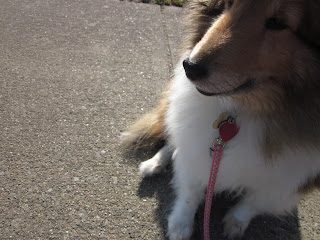 Losing Sparkle was one of the hardest things I've had to go through.  Her passing was sudden.  A few months ago she developed kennel cough while at the groomer.  The vet gave us medicine and the cough began to go away.  Then recently she started coughing/hacking and it became progressively worse.  We brought her to the vet and they said that it was no longer kennel cough.  We found out that her lungs were filling up with fluid. The vet gave her medicine to stop the fluid from reaching her lungs, however they said it would only be temporary.  Then Sparkle stopped eating, began dropping weight and having very little energy.  They continued the bad news telling us that her heart was irregular.  Her heart would speed up, stop, and slow down.  Sparkle started to have trouble walking and they told us that was because her heart was having trouble pumping blood to her legs.
My family and I did not want Sparkle to suffer for one bit.  She was the most sweet, beautiful, kind dog and the last thing she deserved to do was suffer.  We made the unselfish decision and put our sweet beautiful dog to sleep.  Now she is in heaven and one day I will see her on the other side.
When we first brought Sparkle home, I held her in the car.  Bringing her to the vet for the last time, I held her in the car and whispered in her ear how much I loved her.  She was my baby girl and my puppy.  I had to.  I will never ever forget Sparkle.  I am blessed to have had such an amazing experience and am so thankful that the past 11 years of my life have included such a beautiful soul. 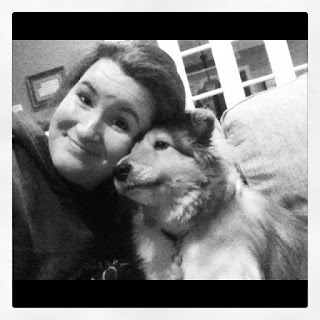 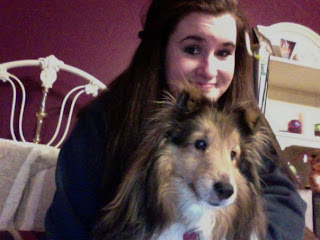 I could write a book about her.  Love you sweetie.


Eventually I am going to make a video complied of all of the videos and some of the pictures I have of her.  For now, I leave you all with my silly puppy playing in the snow.

Why dogs live shorter than humans:

Hi everyone!
My name is Taylor. I am a college student, YouTuber and Blogger. Welcome to my blog, and a small peak into my life. Sit back, relax, and enjoy!